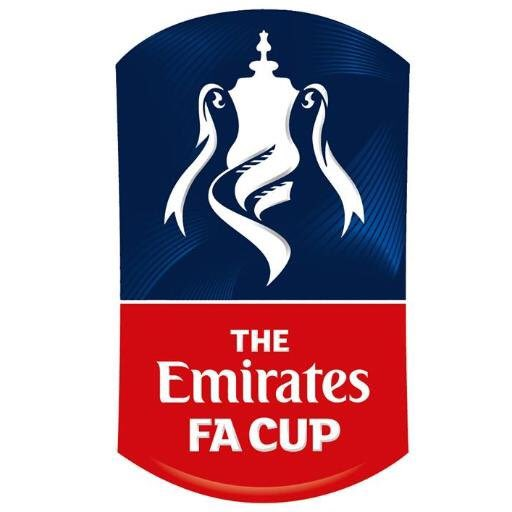 Hello and welcome to another of our Preview pieces, this week looking at the ties in the FA Cup Prelim Round involving Essex Senior League & Eastern Senior League South sides.

The FA Cup Prelim Round

Pete: Walthamstow travel to Suffolk to take on Bostik North side Felixstowe & Walton United knowing they have every chance of causing an upset here.  However, the hosts know if they play well they should win and I reckon they will do just that.

Scott: Walthamstow make the trip to north east Essex to take on last season’s Thurlow Nunn Premier champions Felixstowe. The now-Bostik North hosts here enter the competition here while Ryan Maxwell’s side defeated Walsham-le-Willows in the last round. The ‘Stow narrowly progressed in the Gordon Brasted Trophy with a win at Southend Manor on spot-kicks, despite a second-half slump. If ‘Stow can start well then they could give Felixstowe a game though defensively they simply have to improve. Home win for me.

Pete: This proves a very tough assignment for West Essex as they travel to take on Heybridge Swifts with the host two wins from two in the Bostik North.  All the signs point to a home win and this is how I feel it will pan out.

Scott: Swifts entertain the Stags at Scraley Road, in what could be described as one of the visitors’ biggest games for some time. Kwame Kwateng’s side recovered to defeat Burnham Ramblers at Leslie Field in the last round. Heybridge have started their Bostik North season well and with the Stags’ recent defensive record in tow, it’s unlikely to see anything but a home win occuring here.

Pete: This should be a decent tie at Stoneylands as Long Melford host St Margaretsbury with both sides having similar starts in their respective leagues too. But I have a feeling the ESL Premier side will sneak this one.

Scott: ESL side St Margaretsbury travel to Stoneylands to take on a Long Melford side that is in good form & unbeaten at home in the Thurlow Nunn Premier thus far. The hosts here knocked Redbridge out at Oakside in the previous round while the ‘Bury sent Enfield out of the competition. If the hosts have an off-day then St Margs could make it very tough though I have to go with a home win.

Pete: Stanway Rovers travel to Coles Park to take on Bostik Premier side Haringey Borough as massive underdogs, but this is cup football so you just never know.  But I don’t think their will be much shocking going on here and I feel the visitors may be on the end of a hiding here.

Scott: Stanway’s reward for defeating Tower Hamlets in midweek is a daunting trip to Bostik Premier side Haringey. That being said, Borough have won one in three league games thus far thouh Stanway have also struggled to adapt to the ESL as well. Should be a home win as Tom Loizou’s side should have too much firepower.

Pete:  Leyton Athletic make the trip to the Essex Coast to take on last season’s ESL Premier champions Great Wakering Rovers and the visitors have kept four clean sheets on the spin going into this one, although GWR will be a different kettle of fish and I feel they will be too strong in the end.

Scott: Great Wakering welcome Leyton to Burroughs Park. Athletic’s 3 – 0 win over Barkingside in their replay from the last round saw them here though they face an altogether different proposition in a well-drilled Rovers outfit, who won last weekend in their division. I feel Ath would have to play near their best to get a replay. Another home win for me.

Pete:  This proves to be a good cup tie at Cricket Field Road as Newmarket Town host Hullbridge Sports.  Sports of course knocked out Gorleston in the last round so will not fear their opponents here but Newmarket will still pose a real threat for sure, but I feel the Bridge Boys may nick this one.

Scott: This fascinating contest sees Hullbridge on another away day heading north-west. They take on a Newmarket side that is struggling put wins together in their division, the Thurlow Nunn Premier. Will the hosts’ artifical surface help or hinder the visitors, that is a question I’m wondering. On the form book, Hullbridge are in better touch though this is another big game and this could be an important marker for the ‘Bridge boys’ season. That said, I’m going be bold (or foolish) and go away win.

Pete: These two have had solid starts to their campaigns and this proves to be a tough battle at Catons Lane.  Sure to be plenty of goals too if the hosts previous games are anything to go by, and I predict a high-scoring contest, edged by the visitors.

Scott: This all-ESL clash pts two sides against each other that are in reasonable league form. Saffron Walden needed a replay to send Wroxham out in the last round while Hoddesdon won at Wodson Park. The Bloods’ defence might be a concern for Stuart Wardley’s side given they were pegged back from 3 – 1 up to 4 – 4 by a spirited ten-man Sporting Bengal last weekend. Though forward Charlie Portway is right in-form. I can see goals in this one as Hoddesdon are a hard-working side themselves.

Pete:  Sporting Bengal United travel to take on Bostik North side Brentwood Town knowing this has the makings of a cup shock.  The hosts have lost their only league game so far and welcome a Sporting side to The Brentwood Arena with bags of character and a decent squad to choose from.  If Brentwood play well they will win but if not then Sporting can pounce, and I feel the ESL Premier side may earn a replay here.

Scott: Brentwood welcome Sporting Bengal to the Brentwood Arena. The hosts have only had one league match, compared to Bengal’s two and Imrul Gazi’s side notched up an incredible comeback to draw at Saffron Walden last weekend and if they keep that scoring touch up then they could be a credible threat. I have a gut feeling the upset is on here.

Pete: In most step four vs step six encounters you’d say easy home win, well not this one, as Hackney Wick arrive in Kent having banged in ten goals in their last two outings.  They will surely provide a stern test for the hosts who lie eighth in the Bostik South East Division after two games so far.  I really do feel the visitors may earn a replay in this one.

Scott: The Wickers travel to Step 4 side Faversham, on the back of two impressive league wins in the last week. The visitors here may need to raise their game further as their hosts won at Thamesmead last Sunday in the Bostik South East division. This could be a tester for the hosts though they should pull through.

Pete: There will be no love lost in this tie as local rivals Stansted and Takeley do battle at Woodside Park on Sunday.  Stansted had to get rid of another local rival in the shape of Sawbridgeworth Town in the last round but I feel Takeley will have too much on the day and will progress in this one.

Scott: Takeley travel to Woodside Park to take on a Stansted side that league-wise, is yet to truly find their feet. The same cannot be said for the current league leaders Takeley, the only side with a 100% winning record in the ESL thus far. The Airportmen may well make it a battle though I can see the visitors winning this one.

Pete:   In the one League contest at the weekend Enfield host Sawbridgeworth Town at The Harlow Arena.  The hosts are yet to win this season so will be looking to put that right, whilst The Robins have begun their league campaign with two wins from three starts.  This should be a good game and a tough one for both, and I reckon it may end all square.

Scott: The solitary ESL match that has been brought forward sees Sawbridgeworth travel to the Harlow Arena to take on Enfield. Matt Hanning’s side are yet to win this term and will look to improve on their showing against Barkingside last weekend. Sawbridgeworth got back to winning ways last weekend with a narrow win over Woodford. Difficult one to call this is though I’ll plump for a draw.

That’s all for this week. Pete will have the FA Cup round-up later this weekend while Scott will have the round-up’s of the Bostik League action & more. Thanks for reading