Hello and welcome to the fifth piece of a mini-series of blog articles looking back at the ‘void’ Season 2019-20, as deemed by the FA.

In this piece, I look back what was a fascinating Essex Olympian League Premier Division campaign, rounded out with an array of statistics compiled from the EOFL FA Full-Time website including top goal-scorers & top appearance makers in the League fixtures. I was fortunate to see a few of the teams in action live this term.

As with all the EOFL divisions, the season was halted in mid-March 2020 before eventually being curtailed several weeks later. At the summit were Sungate, who amassed forty-four points from their 22 matches in what was a very good season for the East London-based side. They had the secod-best defensive record, conceding twenty-nine times (at a average per game (or GpG) of 1.32) and also enjoyed the joint-best goal-scoring record, scoring 52 times (GpG of 2.36). I saw them come back to win a really enterprising game at Old Southendian in February and you could certainly see why they were hot in front of-goal and they will hope to carry on the impetus going forward. Leigh Ramblers had a really good campaign, finishing in second spot. Wayne Seal’s team had a strong end to the season, ending up with thirty-eight points from their 22 games played. They won seven of their 11 matches at their Belfairs Park home and were also joint-high goal-scorers with 52 strikes this term. Murmurings indicate that they are looking to build the club going forward and they will be a threat next term you feel. Last season’s champions Buckhurst Hill finished in third, with 32 points gained from only fourteen matches. Postponements and Cup runs perhaps thwarted Mark Williams’ side from a higher finish and you would not have gone against Hill obtaining a top-two finish, had the season gone on for another month. As it was, they still got ten league wins, along with being the division’s fourth-best goal-scorers with 46 strikes (a GpG of 3.28) and held the best defensive record (16 goals shelled) for the second consecutive campaign. Not bad going! Factor in their three entrants in the leading goal-scorers chart (see below) and you start to see why Hill are highly-regarded in the local Non-League scene. Both of their losses this season came in South Essex, at Rayleigh Town and Leigh Ramblers but it does seem they are well-placed for another tilt at success next term.

In fourth place were Catholic Utd, having managed 31 points from their twenty-one matches this term. The ‘Super Hoops’ are based at Bowers & Pitsea’s Len Salmon Stadium [3G] and grabbed seven wins from their thirteen games there. They scored fifty-one goals (GpG of 2.43) to put them in third in the list of ‘Entertainers’ this term though it was at the other end where the issues were, having shelled 39 goals this season. Their form tailed towards the end of the campaign, and they were uncharacteristic in their loss at Old Southendian in late January, which I watched. Utd have announced that former Southend Manor & Waltham Abbey Reserves boss Stuart Marshall will take the reins next season and it is good to see him back in the game, all the best to him. Kelvedon Hatch made the most of a decent run prior to the cut-off to finish fifth, having got thirty points from their 20 outings. Glen Golby & Steve Willis’ side certainly were not dull to watch, having struck the net forty-one times and conceded 45 times (a GpG of 2.25) this term. I saw them lose out narrowly at Old Southendian in December and you could see why quite a few of their players have played at a higher level, the guile and the craft is there. On that note, Petrit Elbi deserves a mention as their top goal-scorer with eight goals.

Into mid-table now, with Springfield finishing sixth with twenty-eight points from their 20 games played. Nine of them were wins with 44 goals scored, the fifth-best record in the division. Unfortunately, they conceded forty-nine goals as well, the second-worst in the division. Their Arun Close home was the place of six of their wins this term, and they also can champion the league’s top goal-scorer in Dave Wareham who netted fifteen times. Congratulations to him. The club saw a transition as well as stalwart Glen Wilkinson moved upstairs to Director of Football, with former Laindon Orient & Rayleigh Town Reserves co-boss Dan Williams coming in the second half of the season. They seem well set for another promising campaign next term. Rayleigh Town are another club with plans for the future, and they ended up seventh with twenty-five points from their 16 matches. They were hampered by weather & Cup fixtures somewhat though still won eight of their games, having scored thirty-three times and conceded 33 times as well – the fifth-best defensive record. I saw Paul Higgins’ side in action back in August as they defeated Leigh Ramblers, though I must note that like a lot of clubs at this level, they are welcoming and do deserve to increase their fan following as they play decent football as well.

In eighth place were a club I saw a few times in the second half of the campaign: Old Southendian. They found a degree of form in that second part of the season to also end on twenty-five points from their 22 matches. An inferior goal difference saw them below their local rivals Rayleigh, but Connor Lane’s team still won seven times, three of which I saw in person. Stats-wise, they struck 38 goals (a GpG of 1.73) and shelled 42 times as well though as is so often the case, the stats don’t tell the whole story. At their best, they do play some good stuff and given the experience they have in abundance in their squad, that isn’t a surprise.  Nick Henesy and Ed Gould both got eight goals apiece and as has been well-publicised, they are another of the clubs to play on artificial 3G at Garon Park. 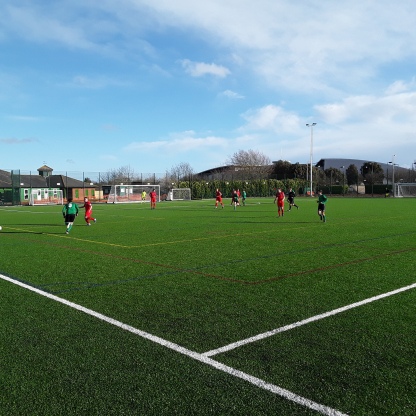 Another club that saw a managerial change in Bishop’s Stortford Swifts finished ninth. They accrued twenty-three points from their 20 matches and on the face of it, you may call it a very mixed campaign. They scored 35 goals (a GpG of 1.75) and conceded forty-three times but they did get five of their seven wins at Silver Leys this term. Former Epping Town boss Billy Cove came in as manager in February and you sense the club’s focus has been renewed as they picked up two important wins over Kelvedon Hatch and Sungate which staved off immediate relegation worries at that time. I would predict a more positive season to come for the Swifts. Canning Town ended up tenth with twenty-three points coming from the 22 matches they contested. Their defence was the most troublesome area for the Beckton-based team, having conceded 49 times, the joint-second highest in the division. They did finish the season well though, with four wins in their last eight games with the pressure on so that may bode well for the next campaign. Another side who finished strongly sits in eleventh, which is Shenfield AFC, who won Division One in 2018/19. They garnered twenty-two points from their 18 matches, having won four of their last seven matches. That was quite the opposite of their early-season woes, as they didn’t win any of their first six games. It is true that only the bottom three sides had more trouble in front of goal, as AFC netted thirty times in all, though the team were more than decent at the back, shelling 35 goals to gain the sixth-best defensive record in the division. Ben Carroll also deserves to be mentioned as he grabbed nine league goals this term, well done Ben. Basildon Town were just below them in 12th, with 21 points from their fifteen outings. Those points came from their seven league wins, and they struck the net 27 times, the joint-lowest in the division. Couple that with conceding 48 times and you can see why the management would be frustrated to say the least. I saw Town at Old Southendian in late February and to be honest, they played well in patches so that must add to the frustration.

Now to the bottom two, with Hutton ending up 13th having gathered eighteen points from their 14 matches, having been one of many clubs affected by the deluge of rain over the winter. Gary Damrill’s team on five of their matches and although going forward they scored 27 times (joint-lowest with Basildon Town), the promising statistic is that they conceded 32 goals, which was the fourth-strongest defensive record. Quirks of numbers indeed. Top scorer Will Marlowe netted eight times as well so congrats to Will. Finally, Harold Wood Athletic ended a season they would probably like to forget bottom, also on 18 points from the same amount of matches. They finished below Hutton because of a much weaker goal difference, largely due to conceding 53 times. Stalwart boss Kris Taylor moved sideways at season’s end, to be replaced by former Barkingside boss Alex Goldstone and they will certainly want a better season next time out.

To close this part, I’d like to note my belief that the quality of the Premier Division is rising this season. Some may disagree with that and they are welcome to their opinion, I just don’t think it is an accident that players are dropping into Step 7 and on the same note, there are some good managers as well. All in all, it should be a really fascinating division next season, if it isn’t too badly affected by the current world events (No, I’m not saying the ‘C-word here). I hope to watch a few matches in this division again next term.