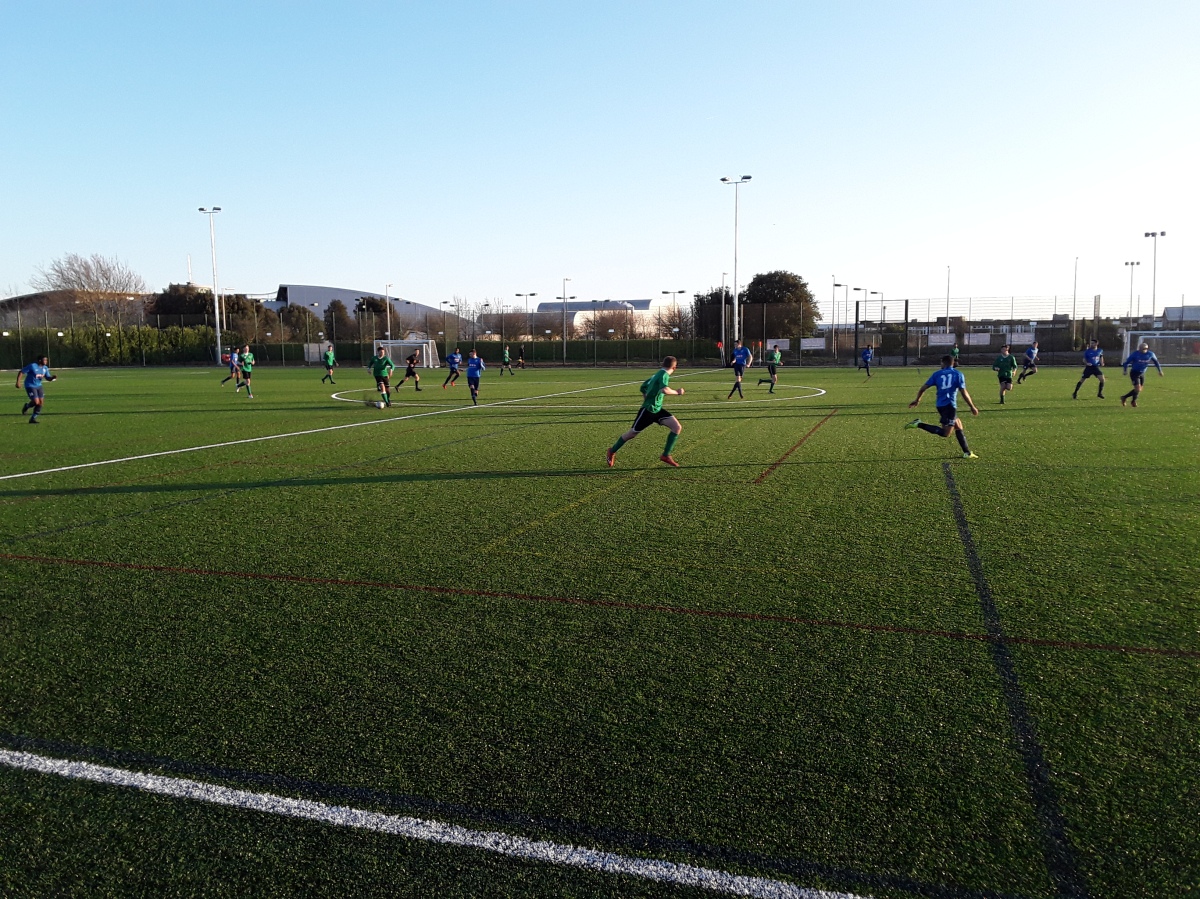 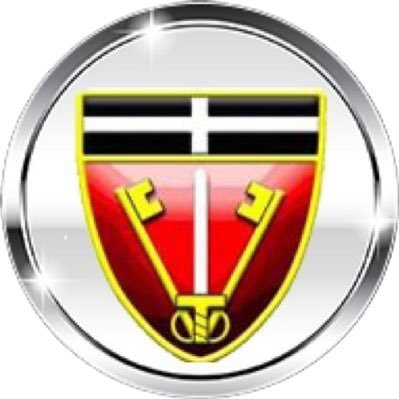 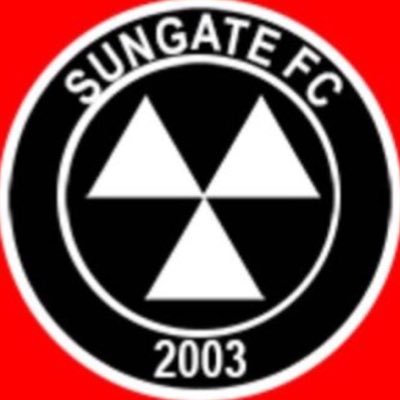 After a tough week, the Non-League season resumed with a return to Garon Park to see Old Southendian continue their battle to stay in the division next term by welcoming leaders Sungate. It’s hard to avoid the fact that OS were missing half a dozen players here, including the influential Nick Henesy & Ed Gould. Manager Connor Lane could call on Charlie Merrin in goal, with a back four of Charlie Kernott, skipper John Nutman and the centre-back pairing of Connor Burrows and Matt Wilson. Wingers Daniel Flack and Elliot Hemmings provided the support to the forward pair of Nico Dubouchet and Riley Oliver. Lewis Telling and newcomer Lawrence Phillips were named on the bench along with Lane himself.

On balance, the East London side were also missing a few here, including their two leading goal-scorers in Jake Clarke and Reece Clarke. Boss Bobby Port was also absent so assistant Ryan Bussey stood in, and he named Joe Egan between the posts, a back four comprised of Daniel Cundy, Ashley Daniels and in central defence, Josh Addinall (formerly of EOFL champions Buckhurst Hill) and ex-Barkingside stalwart Daniel Callaway. James Smith was their creative midfielder, feeding a line led by Paul Ojejemi. Jayke Welch, Danny Lopes and Jonathan Ogunsanya were among the options from bench.

The match got underway under the low sun, in the first minute, home forward Nico Dubouchet had a sight of goal though his early effort was blocked by the retreating ‘Gate backline. Five minutes in, Sungate forward Paul Ojejemi looked to have peeled away from the home defence, though as he faced OS custodian Charlie Merrin, left-back John Nutman did well to intercept and block the drive. The visitors were getting their passing game going, with Ojejemi’s pace posing a probem down the right channel and midfielder James Smith’s runs from deep and incisive passing also proving an issue for the home defence. On the ‘dreaded’ 13 minutes, a superb through ball by Smith found winger Zach Davidson though his effort skewed wide with only Merrin to beat. 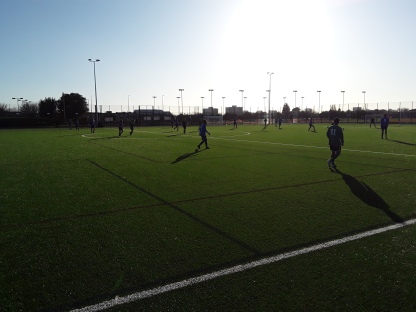 Ryan Bussey’s side had enough possession though couldn’t quite make the most of it, though just shy of the half-hour, more decent build-up play resulted in finding Smith though he could only fire over the goal frame. Those missed chances would prove costly as with 32 minutes on the watch, a fine pass found OS forward Riley Oliver who stayed on-side before going on and slotting low past visiting stopper Joe Egan. The visitors frustrations only grew as right on the stroke of half-time, after more decent build-up play, impressive winger Daniel Flack blasted home past Egan to give Connor Lane’s a solid two-goal lead at the break.

You might surmise that the half-time ‘talking to’ may have been a bit loud at the break for the visitors. However it came, it certainly had the desired effect. The hosts had a let-off four minutes into the second half as a good ball in to the box found full-back Daniel Cundy in a promising position 10 yards out, though his poise wasn’t there as Merrin gathered with relief. The ‘let-off’ did not last long’ In the very next minutes, Davidson played in replacement Jonathan Ogunsanya who didn’t lack composure as he coolly struck home past Merrin to get the ‘Gate back into the contest. The next ‘flash-point’ came moments later as forward Jayke Welch went down from cente-back Connor Burrows’ challenge deep into the penalty area, though referee Luke Scottow was unimpressed and waved #play on;, much to the ire of the ‘Gate dug-out.

Two minutes shy of the hour mark, Ogunsanya blazed over the woodwork, before a rare chance for OS at this stage of the game saw Flack find midfielder Ryan Stillwell who could only shoot off-target. The visitors certainly made the most of this period of the game as right on the hour, they levelled. Substitute Daniel Lopes did well to find half a yard of space in a congested 12-yard zone though could still fire home low past Merrin and his defenders. Another turning point came soon after Dubouchet took a knock after a challenge by visiting centre-back Daniel Callaway, though in a different turn of events, the OS forward was sent to the sin-bin for his reaction, apparently to the challenge by bomping the turf. It was Old Southendian’s turn to feel aggrieved. 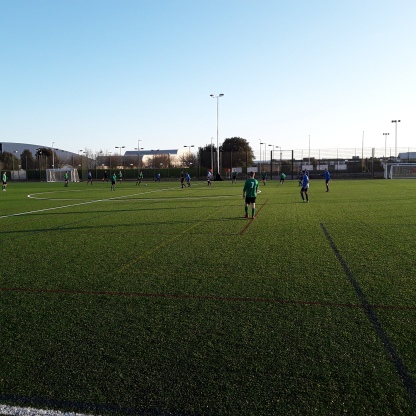 And with OS down to ten men temporarily and frustrations growing, Sungate took advantage with another well-taken goal. Ogunsanya was well found and another fiercely-struck effort sailed home past Merrin to give the Premier Division leaders the lead in this match for the first time. To be fair to the hosts, they tried their hearts out late on, though their main chances were Oliver firing wide from a promising position before Stillwell’s free-kick struck the crossbar from 30 yards out.

All in all, a quite enthralling match though one which the hosts will not remember with much fondness, despite the lead they did hold at half-time. In the end though, the depleted hosts could not withstand the barrage which came at them after half-time, as the Premier Division leaders did carve out enough enterprising attacking play and with it, the chances to claim the three points which keeps them top of the table by nine points.

For stand-out performances, winger Daniel Flack had a good game down the right side, with forwards Nico Dubouchet and Riley Oliver looking a threat and the latter took his goal well. Centre-backs Matt Wilson & Connor Burrows did what they could to repel the promising passing moves of their opponents too. For Sungate, midfielder James Smith impressed with his searing passing setting up chances for their forwards.  Speaking of the front line, Jonathan Ogunsanya took his two goals well after he entered the action, with winger Zach Davidson also a good outlet for his side. Jayke Welch also did well after also coming off the bench.

Finally, my thanks to the hosts for the kind welcome as ever, it is appreciated. I’d like to wish both teams well for the rest of their respective seasons.