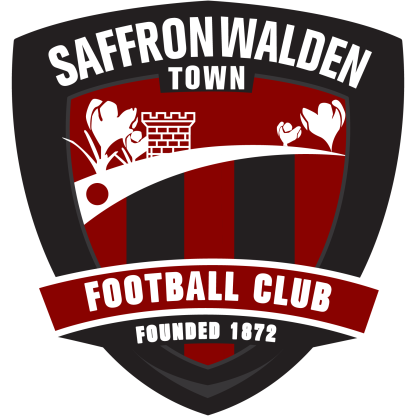 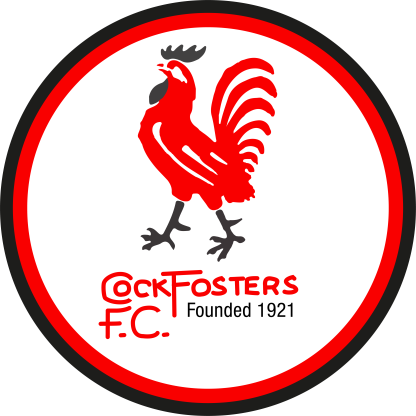 Walden edge ‘Fosters in an enthralling battle at Catons Lane

The last match of 2019 saw me make a welcome return to Catons Lane to take in this Errington Challenge Cup match between Saffron Walden Town and Cockfosters. Both sides are good to watch and I had high hopes that would see a pulsating match. Walden are blighted by injuries at present though still named a strong side, with Rob Budd between the posts, a back four of club stalwart Spike Bell, Tom Skelton and centre-backs Jamie Riley and George Pullen. Recent signing Tyger Smalls joined Nathan Scarborough and Gavin Cockman in their forward line and their substitutes’ bench included the likes of Greg Strong and Connor Molloy. Cockfosters also made a few changes, with Josh Mollison in goal, though Danny Haigh and Dan Odamo remained at the heart of the defence with a three-pronged attack comprising Billy Healey, Ceykan Karagozlu and Kai Bowers. Ned Clarke, Billy Murray and Harley Haag were all options from the bench for Ryan Wade’s team.

Before kick-off, there was a minute’s firm applause recognising the commitment to Saffron Walden of former player & Committee member Sid Boyton who sadly passed away earlier this month at the age of 92. Onto the match itself then and we didn’t have to wait long for the first goal. Only two minutes in, left-sided forward Tyger Smalls found space and beat the off-side trap to face visiting goalkeeper Josh Mollison one-on-one and Smalls coolly struck low into the net. Cockfosters showed no hesitation in coming forward despite the setback though as minutes later, forward Kai Bowers’ cross was blocked though forward Ceykan Karagozlu followed up though his weak strike didn’t unduly test Bloods custodian Rob Budd. 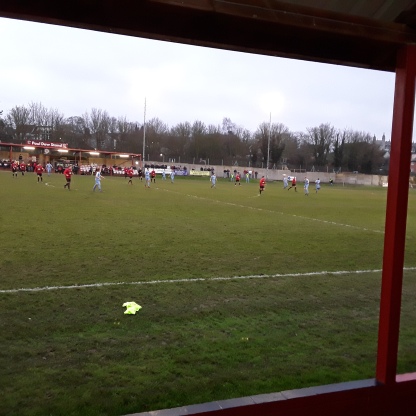 At the other end on nine minutes, Smalls was causing more havoc among the opposition defence and he was adjudged to have been brought down whilst driving into the area, Penalty to Walden. Forward partner Nathan Scarborough stepped up and calmly tucked home into the left-side corner past Mollison. Things were looking a tad bleak for the visitors at this point. As we got to 15 minutes on the watch, the enterprising Bowers made another darting run toward the penalty box though a well-timed interception by Bloods centre-back George Pullen snuffed out the danger.

Forwards Gavin Cockman and Scarborough were showing good understanding in building attacks for the hosts and after Walden had a goal by Scarborough chalked off for off-side, it was the visitors who halved their arrears as we came into the halfway period of the half. Skipper Matthew Thomson’s free-kick was handled by the defensive wall and another penalty was awarded. Striker Billy Healey stepped up and duly stroked home into the corner, past Budd. With almost half an hour played, attacking midfielder George Beattie’s central run ended with a drive at goal from 20 yards, though Budd was alert enough to parry away before Pullen got in another good tackle to deny Beattie another crack. 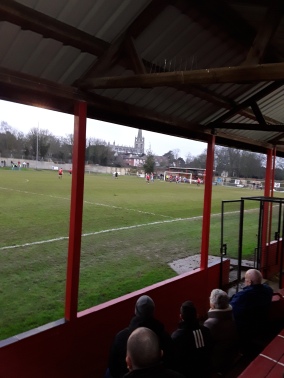 At the other end, Smalls was continuing to have a fine game, as after another great run down the left channel, his centre found Craig Calver who could only skew his shot agonisingly wide of the far post. And then with half-time drawing near, a good ball in from the left by visiting full-back Marcus Crowther found Karagozlu though mistimed effort bobbled harmlessly wide.

So, after a good first-half there was optimism in the air for further goals and again, we wasn’t wanting for long as three minutes after the restart, the Bloods restored their two-goal lead. Calver’s cross from the left was headed on by Scarborough and the ball fell to on-rushing midfieder Jake Noble who slotted home well into the corner. Cockfosters ‘keeper Mollison was in action again soon afterwards, first to deny a good strike by Calver which he palmed away well and then to gather a header by Walden skipper Ross Adams from Spike Bell’s booming long throw.

Just past the hour, the chances continued to swing between the sides. Beattie’s fierce drive from 18 yards was well-denied by Budd and then moments later, Cockman absolutely blasted a strike which flew wide of Mollison’s goal frame. ‘Fosters got another goal back and ensured a tense finish on 64 minutes as Karagozlu’s teasing cross found Beattie at the back stick and he made no mistake stroking home. Jason Maher’s side poured forward in response with Cockman sending in a low cross which Cockfosters centre-back Haigh did well to track and deny. Walden wouldn’t be denied though as with seventeen minutes left, good work again by Calver found Noble whose pass found Scarborough at the back post for a tap-in from yards out.

Five minutes after visiting ‘keeper Mollison had done well to deny another rasping effort by Smalls, it was the visitors who grabbed another goal back in an increasingly tense phase of the game. Crowther’s well-taken finish gave Ryan Wade’s team hope and to their credit, they pushed hard in the latter stages to take it to spot-kicks, though in fairness, Walden did deserve the win as they created more chances and showed why they are regarded as a quality outfit.

In summary, this was one of the most entertaining matches of the season thus far in League & Cup at this level. No shortage of quality, guts, desire and drama really got the healthy crowd going and gave them their money’s worth too. It is hard in games like this to single out players though for the hosts, debutant Tyger Smalls gave the visiting backline more than a few head-scratching moments and deserved his goal. Fellow forward Gavin Cockman also put in a characteristically spirited display with good passing to boot, plus Nathan Scarborough also had a fine afternoon and the driving runs of winger Craig Calver also stretched the ‘Fosters defence, particularly in the second half.

For Cockfosters, George Beattie really shone with a number of probing runs and fierce strikes as he looked to drive his side back into the match. Billy Healey also was a presence in attack while Danny Haigh made a number of good interceptions at centre-back. Ned Clarke also showed once again his talents with pace and movement in his cameo from the bench.

Finally, I would like to thank Saffron Walden for their hospitality, you can tell they are a club ‘on the up’ and that they have the quality on-the-field to really be in the mix in the League promotion shake-up come April. I would also like to wish all the readers on my blog a very happy New Year for 2020, we are in for a superb second half of the season I feel.