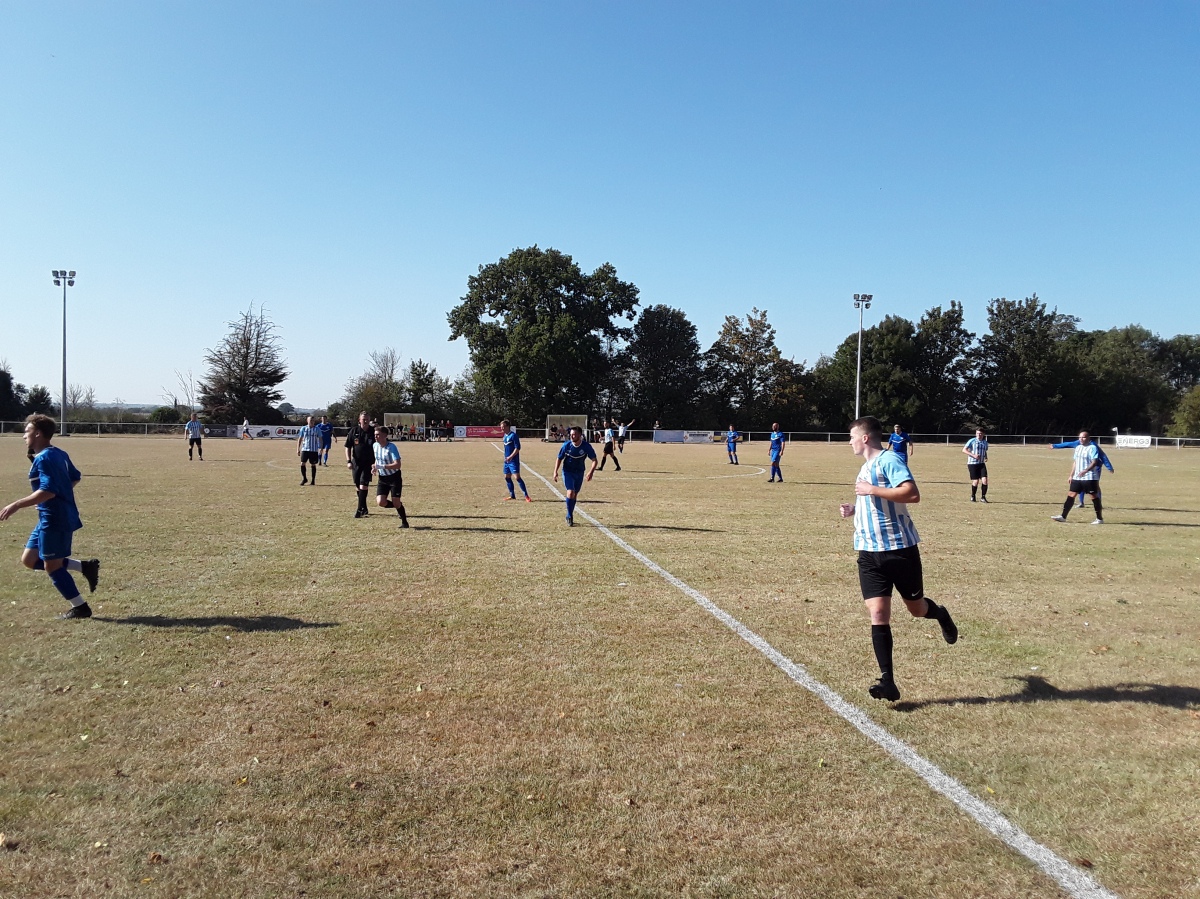 This weekend, I elected to stick with Essex Olympian League action with a trip to the peaceful surroundings of Stambridge Memorial Ground to see two more promoted sides in Corinthians and Wakering Sports face off in this early-season fixture. After watching Epping Town last week, it had a fitting tone with me to see the hosts here. Chris Stoneham’s side has had one or two additions recently, with goalkeeper Nathan Warren recently joining former Basildon Utd & Southend Manor forward Nathan Dewberry in the ranks. Both started here, with Dewberry being supported by lively fellow forwards John Bolton-Smith and Leo Clarke, with Theo Cannon on the bench. Wakering fielded a defensive four of Callum Burns-Green, Brad La Pundire, skipper Russell Beck and Tyler Machon. Player-boss Mitchell Gleeson was in the midfield ‘engine room’ with Zac Wheatley leading the line alongside Craig Paton.

We had an early breakthrough in this match, just as last week with Nathan Dewberry striking a curling free-kick past visiting stopper Tyler Bonham with about 90 seconds on the watch. If anyone thought that goal would be the catalyst for a one-sided match, they would be disappointed. On six minutes, Sports pushed forward with onrushing midfielder Ben Burrows played in well though with only home custodian Nathan Warren to beat, his shot lacked power and the goalie gathered. Buoyed by some stirring runs by left-back Tyler Machon, Sports had a decent spell in attack, though forward Zac Wheatley couldn’t seriously test Warren with a headed chance.

The hosts doubled their lead midway through the half as following a powerful run down the left by winger Leo Clarke, the ball fell to forward John Bolton-Smith who evaded his marker before striking low past Bonham. Wakering nearly pulled one back on the half-hour as Craig Paton’s free-kick cracked the crossbar. Dewberry was denied well by Bonham’s shins minutes later and as the half was drawing to a close, after a good move, winger Ben Rowe was one-on-one with Warren though the ‘keeper denied him with his feet. 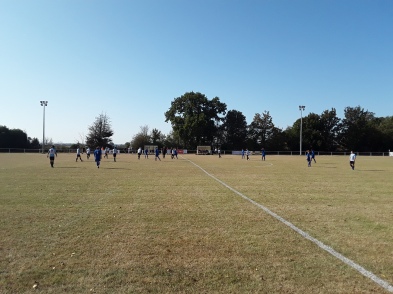 The match started to swivel in the hosts’ favour early in the second period. After a good team move involving neat passing, Dewberry fired home low to get his second of the afternoon was denied a third on the cusp of the hour mark. In fairness, Wakering were tiring in the heat as the hosts really got into their rhythm and showed good pace in attack. Midway through the half, midfielder Luke Owen powered in a strike from about 15 yards which cannoned in off the inside of a post. Dewberry then turned assist-maker for the next two goals. He first played in substitute Theo Cannon who fired into the far corner well on 73 minutes before Dewberry then looped in a cool pass for Jake Hodder to coolly fire home six minutes later. In the final few minutes, Clarke blasted a good strike at goal though Bonham did well to keep it out. Sports couldn’t seriously trouble the home back five in the latter stages though they did have positives to take from their first-half performance as both teams played neat, incisive football at times here. 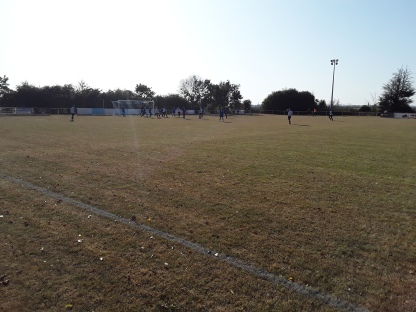 In some ways, the score-line is a tad misleading and harsh on the visitors who could really have been level at the break, such were the calibre of chances they had. Corinthians certainly had the better of the second period in hot conditions and were more than worthy of the victory. In terms of stand-out performances, the hosts benefitted from the surging runs of winger Leo Clarke, the cool finishing of forward Nathan Dewberry, plus the energy and touch of John Bolton-Smith, Matt Burrell and Theo Cannon. Sports did have a few players that shone in my opinion today. Forward Zac Wheatley was energetic and purposeful in leading the line, with defenders Brad La Pundire and Tyler Machon showing pace and decent skills at centre-back and marauding left-back respectively. Player-boss Mitchell Gleeson pinged some challenging passes forward for the home defence to handle and forward Craig Paton also had a presence in attack too.

Finally, my thanks to the hosts for the welcome they gave as ever, and I wish both clubs well for the remainder of what could be a very interesting Division Two campaign.