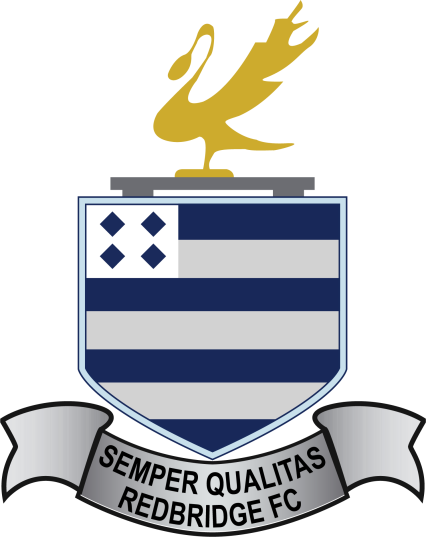 This weekend’s Essex Senior League match took me back to Mayesbrook Park where West Essex welcomed in-form Redbridge. The hosts welcomed back talisman Michael Mignot into the starting XI here, alongside the lively Symeon Taylor and Samraj Gill in attack with Jack Coker resuming between the sticks, debutant James Jewers in midfield and Sanchez Hardy skippering the side. Tom MacLeod, Izzy Ogedi-Uzokwe and Cameron Gray were among a strong Stags bench. Redbridge came into this one in fine form though were missing important players in Connor Okus, Kai Heather and Jon Watson here though still named a front three of Daniel Gilchrist, Petrit Elbi and Taylor Tombides, with Paul Preston just behind them and Rhys Hughes between the sticks. New signing Walid Chaib was on the bench.

Early doors, it was the visitors who gradually asserted themselves in terms of possession and with fourteen minutes gone, Motormen forward Petrit Elbi lofted drive was tipped over the crossbar by West ‘keeper Jack Coker. A good one-two followed at the other end with tricky forward Samraj Gill feeding the ball back to fellow attacker Michael Mignot before Mignot skewed his effort wide. Mignot was predictably giving the visiting defence a hard afternoon with his pace and strength,  his knock-down was blazed over by strike partner Symeon Taylor on 26 minutes.

West were finding the odd pocket of space in front of the visiting backline and just shy of the half-hour, West creative midfielder Callum Bloss’ telling through ball found Mignot though he fizzed his shot wide in the sand-assisted penalty area from ten yards out. For Micky Wetherall’s team, they had enough of the ball though were finding it hard to create the clear-cut chances they needed. Ten minutes before the break, skipper Liam Burgess fired a free-kick in to the back-post but there was ‘nobody home’ at the back-post on that occasion.

In terms of chances, the game wasn’t dull as they continued to be traded around. Elbi fired over once again for the visitors, before Mignot broke through the Motormen defence though his drive was denied well by visiting stopper Rhys Hughes. With half-time approaching, Redbridge forward Daniel Gilchrist made a good run into the box though was stopped by a good interception by West full-back Emanuel Wazola. Moments later, patient build-up play around the 18-yard box eventually found Gill who let fly with a sumptious curling drive, above the reach of Hughes and into the top corner for a fine home opening goal.

The visitors started the second half well as strong midfielder Charleston Browne played in full-back Billy Willis though Stags captain Sanchez Hardy cut out the ensuing cross from the right. On the other side of the pitch, stand-in full-back Daniel McCullock made a fine run down the left though Elbi again couldn’t find a way past Coker. Minutes later, Hughes did well again to deny Taylor, this time one-on-one. Midway through the second half though, Taylor made a surging run into the box, got his shot away which was dribbling wide though Mignot was on-hand to guide the ball into the roof of the net.

Redbridge continued to push for a way back into the contest, though Gilchrist’s powerful effort was well-parried away by Coker. In fairness, the Stags’ backline was in a miserly mood, making all manner of headers away and timely interceptions to frustrate the opposition. On a rare occasion where Gilchrist found a little space in the penalty area, he miscued a good chance wide of the far post with only Coker to beat. West were continuing to look dangerous on the counter, as after Bloss had chipped just over the woodwork, substitute Cameron Gray flicked on fellow sub Tom Woodbridge’s pass to Mignot who fired wide. With minutes left on the clock, Elbi’s frustrating afternoon continued as his drive was well-parried again by Coker, out for a corner.

West did manage to complete a rare clean sheet here which is a testament to their determined attitude today and they deserved their victory as well, showing their usual attractive brand of attacking football to good effect. Redbridge will be disappointed that they couldn’t be more clinical in front of goal as they did well in terms of ball retention in phases during the match.

In summary, in my view the front three of Taylor, Gill and Mignot all had good games for West as they each provided a threat and an option for their team. The back five also deserve a mention, as they really ‘stood up to be counted’ in terms of their defensive display. For Redbridge, Petrit Elbi kept going despite not getting on the score-sheet, as did Dan Gilchrist though I also have to mention stand-in full-back Daniel McCullock who usually plays further forward, he did well in an unfamilar role at left-back, giving his side pace and energy down that side.

Finally, I’d like to thank West Essex for their welcome today, what with Barking’s plans for a 3G pitch next season, they may well benefit from being tenants playing here then.

If you’d like to watch video highlights of this match, check out WD Sportz footage here: https://youtu.be/O3T1dGghIlY (first match in the episode)