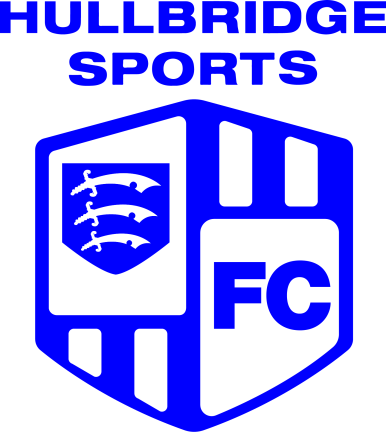 Hard work sees Hullbridge to another win over gutsy Hoddy

This weekend’s Essex Senior League match took me back to Lower Road for an intriguing battle between promotion-chasing Hullbridge and the sturdy mid-table outfit that is Hoddesdon. The plot thickened a bit before kick-off as news emerged that Sports boss Darren Manning started a three-match stadium ban here so the team would be lead by assistant boss James Wakeling and their coaching team. ‘Bridge had won their last three matches so would there be any change to their form? They named a front three of Adebola Sotoyinbo, Luke Hornsley & Nathan Scarborough with Jamal Allen once again being partnered by Perry Dunn in central defence, plus recent signings Wright, Fuadianitu and Tbo Sotoyinbo on the bench.

Hoddesdon have shown themselves to be formidable opposition on their day this season in the ESL and prior to this one had only lost one of their last five outings, as they looked to add further foundations here to ensure a top-ten finish. Simon Riddle’s team had Aaron Bull in goal with Cyrus Babaie and Connor Bolton supporting Joss Lillis in their front-line. The elements had certainly tried their best to cause trouble as pitch conditions were slippery at best, with added swirling wind coursing through regularly as well.

It didn’t take long for Hoddy to ‘set their stall out’ to be hard-working and strong in the challenge as well. The aforementioned conditions did cause a fair bit of nervousness in the home defence in the early moments of the match, as goalkeeper George Marsh’s errant clearance fell to visiting forward Blue Gallagher though Marsh redeemed himself by denying Gallagher’s chance on goal.

The visitors were looking to be a threat from set-pieces as well and soon after the quarter-hour, Gallagher’s pass was just out of the reach of forward Joss Lillis when the latter was well-placed to strike. The nerves in the home stands was steadily rising as although the ‘engine room’ of Frederick and Skeels in midfield was matching their opposition, the final fall to the forwards was not coming on a surface that wasn’t particularly helpful, it has to be said.

Regardless, it was Hullbridge who broke the stalemate on 28 minutes as a super cushioned ball in from the right flank by full-back Courtney Homans arrowed into the six-yard line which found creative forward Adebola Sotoyinbo who rose to beat two opposition defenders in the air and head home well past visiting stopper Aaron Bull and into the corner. The relief for the hosts was palpable though in the next phase of the match, it got increasingly niggly as tensions threatened to boil over briefly.

Two more chances presented themselves before the break as with three minutes until the break, a deep Skeels free-kick as headed wide by ‘Bridge centre-back Perry Dunnat the back post. And moments before the whistle, a ball in from Hoddy winger Connor Bolton swirled up in the wind though Marsh kept his concentration to gather before it crept in under his crossbar.

After the break, Hoddesdon came out with a new fizz to their play as the home defence took time to settle into their work. Minutes into the second-half, pacy winger Cyrus Babaie was redeployed into a more central position and his pace and trickery gave the likes of Dunn a headache, only endorsing the fact that the job was not done yet for the home side. At the other end, Hoddy centre-back Oliver Gnandi was marshalling the defence well and heading crosses out well. Chances continued to be at a premium really, as the match showed more promise than what actually cropped up. Both sides continued to work hard though and defended deep at times.

One of the stand-out moments of the game came on 76 minutes as home forward Luke Hornsley made one of his trademark strong runs into the penalty area, beating three defenders though didn’t have the finish to match as he slotted wide. It was hardly plain-sailing though for the home defence as they had to deal with more anxiety-provoking moments as Joss Lillis’ strike struck his own player with ten minutes to go and seconds later, substitute Chris Webb fired wide as well.

When the final whistle did sound, it was some comfort that the hosts had retained a clean sheet though to be fair, on another day, Hoddy could have well claimed a share of the spoils though both sides struggle to create clear-cut opportunities as both custodians in Marsh and Bull were not hugely tested.

In summary, it is ‘all about the points’ now as the season run-in begins and Hullbridge keep leaders Stansted on their toes, with the deficit remaining at four points though ‘Bridge have two matches more to play. On the plus side, they have a four-point cushion on Saffron Walden in third spot. Hoddesdon remain 9th, three points clear of Ilford just behind them.